Over the past year, Christ Church has been mobilizing “to fuel a movement that reaches people and renews communities.” We believe this is the exciting next step God has placed before us. REACH is the name of our effort to organize, fund and implement this plan. Discussions about REACH began over a year ago. They accelerated this fall. As we move further into 2018, they are gaining church-wide attention.  Below are some answers to frequently asked questions.

WHAT ARE WE HOPING TO ACCOMPLISH WITH REACH?

The motivation animating REACH is the call of God. We have been commissioned to help lost people discover life with God and equip everyone to Love God, Serve Others and Reach One (Matthew 28:18ff). What makes REACH unique are our goals over the next three years. During that time, we want to expand our efforts both locally and globally. To be more specific:

WHY ARE WE SO FOCUSED ON CHURCHES? 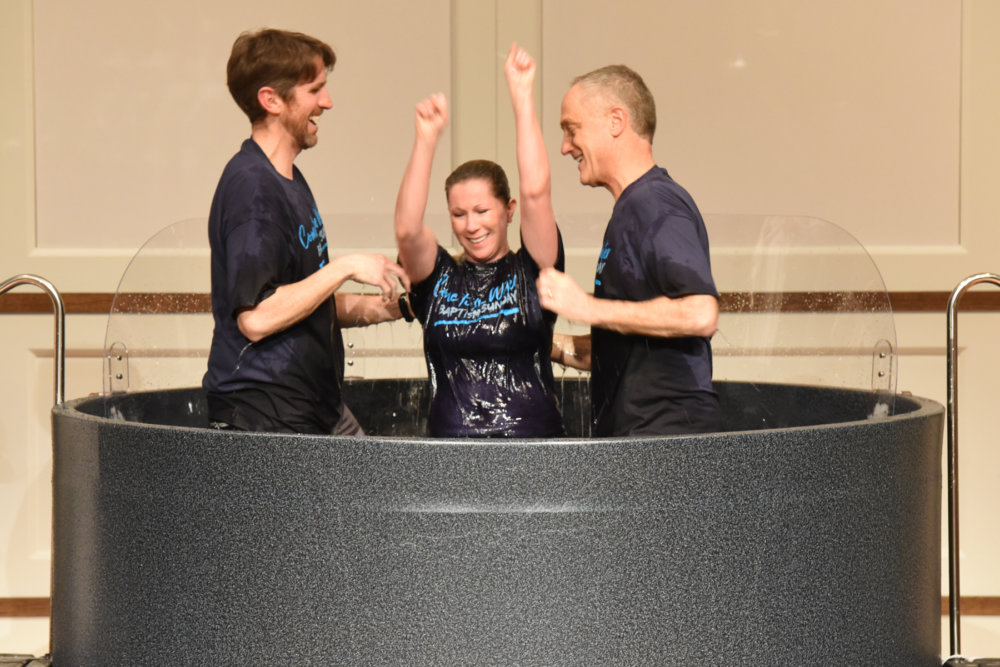 At the heart of what we are trying to do is multiply vibrant, Gospel-centered churches.  This is our goal because the local church is God’s plan. Mission focused churches mobilize people to proclaim Christ’s offer of eternal and love and serve others. When local churches thrive, everyone wins. When they hold back, everyone loses. The United States – and the world – desperately needs more vital, growing and prevailing churches.

BUT AREN'T THERE ENOUGH CHURCHES ALREADY?

Establishing new churches – or restarting stalled ones – is the most effective way to reach unchurched people and make disciples. When a new church is launched – or a stalled church is “re-started” – people on the sidelines: step forward to serve; they join with others to pray and help jumpstart the new venture. In short, they grow, get excited and invite their friends. There are currently 350,000 unchurched people in Lake County. Most of these people say they believe in God, are “spiritual” and pray regularly. Many claim they would attend a church if invited.

IS THE MULTISITE MODEL WORKING?

Yes, the multisite model – in which Christ-followers mobilize under one vision, one mission, one statement of faith, one elder board and one budget, but meet in more than one location – is working well. Both the Crossroads and Highland Park campuses are success stories. People have come to faith, attendance and membership have climbed, they are financially viable, programming has expanded, etc.

WHERE WILL THE FOURTH CHRIST CHURCH CAMPUS BE LOCATED?

We are actively exploring several options at the moment.  Additionally, we are diligently praying that the Lord will guide our path as he has in the past. When we started praying for a third site, we assumed our focus on North Chicago would lead us north. We got as far as identifying a key spot in Waukegan and working with the city to get it zoned for a church. But then God opened the door for a merger with Crossroads. We currently have a team of people praying and working on identifying options both to the West and the South. When Paul set out on his second mission trip, he thought he was going to Asia, but God redirected him to Europe (Acts 16). We are open to wherever God leads.

WHAT IS A ONE FUND INITIATIVE?

If you participated in a stewardship campaign in the past, you were likely asked to make a pledge ‘above and beyond’ your usual giving. These additional dollars were then earmarked for a special initiative (e.g., a new building). REACH is slightly different. We are rolling all our work – and all of our expenses – under one banner.  This means that everything from our operating budget (e.g., funding our current programs, maintaining buildings, paying staff, supporting our local and global work, etc.) and the new initiatives (new campuses, funding towards North Chicago, helping our level one partners plant new churches) will be combined. We are doing this because it reflects the way the money is actually spent, and because we want to challenge everyone to get involved in all that we do.

WHAT ARE YOU ASKING ME TO DO?

Our prayer is that everyone who calls Christ Church home will be involved with REACH in two ways: for starters, we want this initiative and its two-year roll out to drive you closer to Christ.  During this time we are praying that you will lean more fully into the call to Love God, Serve Others and Reach One.  Secondly, we want you to generously participate with both your time and money.

HOW MUCH MONEY HAVE WE RAISED?

As noted earlier, the goal for REACH is $19M over two years – which includes $11.9M for operating expenses (over two years), and $7.1M for new initiatives. As of April 20, 2018, approximately 500 of the 1,100 families (giving units) that gave in 2017, made  commitments (pledges) towards REACH. Their pledges, include  the pledges of more than 90 new people /families, totals just over $11M. The conservative estimate of our finance department is, the combination of REACH pledges, plus the expected giving from those who did not pledge towards REACH but who remain active and giving at Christ Church, is currently $16M.  (On pledge Sunday, we announced $15.9M as we continue to see commitment cards come in).  Generis, the group that has coached us in this campaign – and which has led 500 One Fund church campaigns – believes that we will come in closer to $19M over two years. Built into the two years are continued efforts to have new attenders complete pledge cards as well as those that may continue to pray on how much they want to commit.

Is any REACH money being used to remodel the existing campuses?

No, the current work being done – i.e., the remodel of A201 and the bathrooms at LF, the carpet in the sanctuary at HP, etc. – is part of our ongoing maintenance budget. While we did budget some dollars in the REACH campaign for welcoming spaces, we think that most improvements can be made with our capital maintenance and improvement reserves therefore freeing up more dollars in REACH for reaching people through additional site locations and renewing communities through our Matthew Homes and jobs initative programs.

What will we do if we do if funding is less than the $19M target?

As noted earlier, we will not go into debt to fund any REACH related projects, we will simply slow down the roll out of the plans.  At the moment we have pledges of just over $16M, with two additional years to close the gap between $16M and $19M.

What projects will we not do if we do not reach the $19M goal?

Good financial planning includes the path forward if revenue (in our case, giving) is lower than expected.  In our “Plan B,” we intend to: 1) move forward with global church plants and the Matthew Home initiatives.  While 2) slowing down the rollout of new local sites, eliminating the capital improvement portion of REACH (which was for new welcoming spaces) and reducing the operating expenses.

I serve somewhere outside of Christ Church’s local partners. Do those hours count for REACH?

Yes! We want to see people serving anywhere and everywhere, and we would love to know about it. Click on the Volunteer Hours tab to let us know where you’ve been serving.